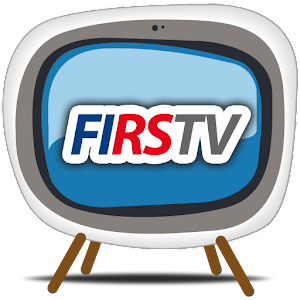 Best European League Final 4 ever Live on TV this Weekend

+++ALL MATCHES WILL BE BROADCASTED LIVE WEB STREAMING
(AND ESCLUSIVE RIGHTS) ON WWW.CERH.EU+++"

Hey roller hockey fellows! If you love this sport this weekend you have a thousand reasons to stay at home and enjoy roller hockey pleasure for some time. With the 4 greatest teams in Europe this season already found, the European League will have a new champion this year, succeeding to Liceo da Coruna.

I'm almost sure that you know each of this teams but it is always good to remember again:

-FC Porto, the host team, with some of the great Portuguese players nowdays. The King Reinaldo Ventura, with one of the strongest shoots all over the World, Ricardo Barreiro with all it great skills and champion last 2 years with Coruna and "Caio" with all it speed and technician want to bring to Porto this trophy after 20 years since the last time.
-SL Benfica, the eternal rival from Lisbon, with the young but already World star player Diogo Rafael, the experience from the captain Valter Neves and the Argentinian strength from Steban Abalos wish to turn real the dream of winning the biggest hockey competition in Europe.
-FC Barcelona, with the artistic inspiration of Pablo Albarez, with the goal instint of Marc Torra, and with the giant goalkeeper Sergi Fernandez, want to confirm why Barcelona is the most succeesful team on the big hockey club competition (19 titles!!).
-Valdagno, with the unique Pedro Gil, the goal precision of Carlos Nicolia, and the powerfull shot of Sérgio Silva want to take to Italy for the second time ever the EuroLeague Cup, and show to the World that Italy is again rolling among the best.

And of course the most important thing for you, that probably can't watch live in Porto's rink, all matches will be broadcast by several TV, WebTV channels.

Here you have the transcript text from CERH Facebook Page with all info and links to TV:

Roller Hockey the best Hockey Sport!!!
Don't waste this opportunity to see some of the best players on the greatest club competition!!!
Tweet
at 12:07 AM 1 comments

It's even 4 years for 2017 but CIRH already announced that Mozambique will have again the opportunity to organized the World biggest Roller Hockey competition. After the problems in 2011 to assure the best conditions to organize the championship (the organization moved to San Juan-Argentina), this time Mozambique can't fail and sure will be the second African nation to receive the best roller hockey countries of the World.
There isn't already to much information about this news, but still is one more big step for the development of our sport in this great and future continent.
Mozambique is a country with a great tradition in our sport that is still searching for a new opportunity of development of this discipline. After the 4th place in 2011 the World stayed stupefact, how this team could get such place, almost without any support and preparation.

On the news advanced by Mozambican newspaper (O País) Mozambique needs 3 rinks to host the championship. One, will be the main arena, while the other two will receive the practices of each team.

Only in 2014 the contract between CIRH and Mozambican Federation will be signed.

Seems that CIRH is betting strong in Africa this decade, but nevertheless we can't forget that only organize competions is enough. If we really want to see more this sport played in Africa, a huge plan of promotion and massification must be prepared. Last year was created CIRH Comittee for Africa Continent but until now there were any signals of work done...

We hope with 2013 Angola World Championship the things can start soon to change in the Continent of Opportunities!!


Let's Go Mozambique!! This Time You will did it!!

This time was Barcelona showing an awesome example, about what can be done to promote our Sport.
During one day, some of the best World roller hockey players went to a Barcelona's shopping center and played roller hockey with some young players.


Such a simple event can gives a lot of visibility to our sport.
It is more than time to Federations, clubs, players, coaches and brands get unified and promote our sport as it deserves.

Competitions like European League Final 4 must be broadcasted in some of the most important World Sport Channels. I'm sure with a good organization we could reach such an important goal.
Also the Angolan World Cup should have this opportunity. For example the 2009 World Cup held in Vigo and Pontevedra was broadcasted by Aljazeera sport channel.
Would be good to see them again promoting roller hockey.
Since the World Cup will be held in Africa for the first time a lot of efforts should be done to introduce our sport in other African countries. This is a unique opportunity to show roller hockey in Africa

I hope CIRH, CERH, and each competition organization can think about this, and copy promoting events as the one from Barça. A sport that has clubs like Benfica, Barcelona, Porto, Liceo, Sport Recife and River Plate should be in other step of development.

Let's hope that soon the responsible entities can change the way of roller hockey!!! Tweet
at 11:04 PM 2 comments