It's time to enjoy Christmas and all the happiness that it brings to all families. Because roller hockey community is also a great family, Rolling Together wishes a great Christmas for all of you.

Of course I didn't forget to write a letter to Santa Claus asking for some gifts to our sport :)

I Hope my wishes can come true and a great 2013 can bring a better Roller Hockey all over the World, in Asia, Oceania, America, Africa and Europe.

This is not April Fools' Day, it's totally TRUE and AMAZING!!
Today the biggest Worlwide TV channel, CNN, is presenting a TV documentary about our Great and unique sport. And this is possible due to our Star player Pedro Gil!
You can read the report at:
http://edition.cnn.com/2012/12/06/showbiz/human-to-hero-pedro-gil-roller-hockey/

and watch the video at:
http://edition.cnn.com/video/#/video/world/2012/12/06/human-to-hero-pedro-gil-roller-hockey.cnn

Please do both things and press "like" button, share through your friends, comments on CNN, do as much as possible to show CNN that this sport deserve more attention, although it is a small sport.
If FIRS doesn't promote our Sport must be the fans to do it!! Together we can reach our Goals!!! 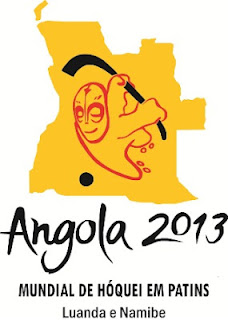 After the success of B World Cup of Canelones, it's time to start thinking about the next A World Cup that will happen next year in Angola. As we know this will be an important event for the history of roller hockey in Africa since is the first time that an African country host the main World Cup. Angola's authorities are promising the best ever roller hockey world cup, so everybody is getting excited to see what will happen. Africa is the continent of the future so roller hockey must take advantage of this event to promote our sport in other African countries.


From Canelones were selected the last 3 countries to participate in A World Cup, one of them a great news for Africa roller hockey, South Africa!! Thus 3 African countries will compete: Angola, Mozambique and South Africa.

Next you can find the arrangement of each group of the World Cup,where also Austria will take part for the first time of it history.

Angola Organization Commitment is doing also an excellent marketing job using some of the roller hockey competitions to promote the World Cup, and also through video ads on TV. Here is one of them:

Rolling Together wishes that this World Cup can be the right way to a huge development of roller hockey in Africa. Although for that happen CIRH must improve the work of CIRH SUB COMMITTEE – “Development of Africa” founded in 11.04.2011 (circular here), without a noutable work until today.