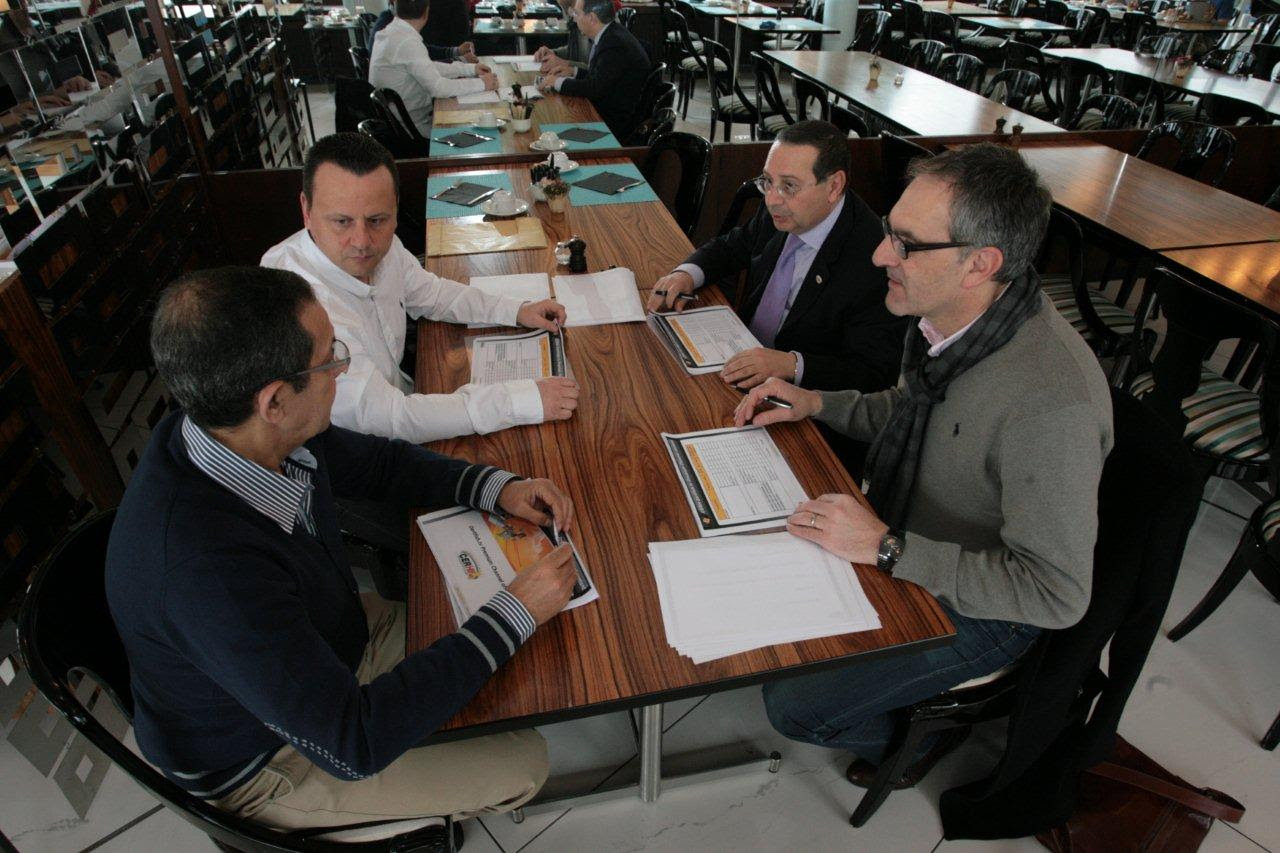 The meeting between Cerh President Fernando Graça, 2nd v. presidente Cesare Ariatti, J.P. Piemontesi and Dartfish manager
On the 31st. of March 2013, in Montreux, Switzerland, CERH signed an important agreement with DARTFISH., the Swiss company that has the technical and organisational rights of a specific television platform, which will be used by CERH TV for the production and dissemination of images of the different European roller hockey events. l'or the achievement of this important agreement, it is important to highlight the work carried out by the CERH Member, Mr. Jean Baptiste Piemontesi , who was responsible for the negotiations undertaken with DARTFISH.
With this link to the DARTFISH platform, the CERH will be able to launch a new initiative — the CERH TV - that will broadcast, live and via web streaming, all the main European Rink Hockey events. I stress the fact that CERH TV will insure the live transmission of all games of the quarter-finals of the European League, as well as all the Final 4 matches of all European club competitions, in particular, the remale Cup, the CERS Cup and the European league. In addition, can also be displayed on CERH TV all the games of the 11-17 Male European Championship and of the European Women Championship, both of them to be held in September.
To operationalize these productions, the clubs will have to ensure - through an application to give free of charge by CERH — the loading of images of their games on the CERH TV platform, whose videos will be immediately available for viewing by all users, which could make the upload from the entire match or just from its highlits.
The DARTFISH platform could also be made available, under conditions of hiring very favourable, to all the National Federations, which will be able to take advantage of the capacity of this DARTFISH platform to upload and watch videos of the games of their national rink hockey competitions. In this way and through a specific software programme — and the support of very simple applications -preselected images may be used, in the light of the selection criteria that is freely established - for example, the goals scored, the penalties or the direct free hits,the referees disciplinary sanctions, or the most interesting or controversial actions during the game — insuring, that way, the use a very useful tool for the analysis and/or production of specific jobs, to be developed by the technical staff, athletes, referees and its managers, in particular:
The feasibility of this agreement with DARTFISH, also allows CERH TV to ensure to all the passionate lovers of Rink I{ockey a broader access to the images of the European competitions, either through live broadcasts or through the videos that will be available.
It is, thus, a revolution in the field of the rink hockey television dissemination, allowing the CERH sustain service levels that are so important and necessary to the support and development of our beloved sport ... Now and in the future!
The link of the new channel is: video.cerh.eu or www.dartfish.tv/cerh

Who says that Netherlands and Belgium don't have National Championship this year??

This year will compete the follow 6 teams from Netherlands and Belgium:

This is a great opportunity to develop again our sport in such countries. European roller hockey needs urgent to have more young players from it.