Even in a World dominated by Internet nowadays, Books still have an important place concerning information.
Although there are some books about roller hockey, the situation could be much better. First information is written just in a few languages, and after there are almost any book about technical aspects.
This topic will promote four books:
The first one is about history of the sport (in Portuguese), the three after concerns Coaching Manuals (in English), and the last one is about the femalle Chilean World Champions in 2006.


Book about the history of rink-hockey World Championships 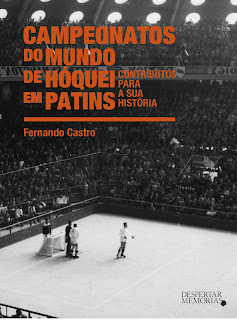 The book about the history of Rink-Hockey World Championships is available at the editor Despertar Memórias.
The book was written by one of the persons that has contributed more to our sport, managing website, blog, databases..., just about roller hockey, Fernando Castro!
The book, with 388 pages, presents all the World Championships A (from 1936 to 2009) and B (from 1984 to 2010), as well as youth and women competitions, with indications of players, goalers, referees, coaches and other relevant informations.

Also, a section for the most relevant countries in rink-hockey is presented, with a list of participating players and some interesting statistics for each country.

For the past 20 years, the NRHA and many clubs including those in Herne Bay and Manchester have subscribed to the three books produced by Ismael Figueiredo: Basic Roller Hockey, ABC of Roller Hockey and Roller Hockey Book of Tactics.

These books will show you how to develop a beginners' basic skills from skating to ball control, to goalkeeping movement. They include great ways to plan your training sessions and how to develop players at the right pace. They show how to develop the players technical as well as tactical abilities and are useful to advanced players too. They also pay great attention to tactics from box/diamond defence to offensive plays. The books hold some of the greatest coaching secrets only the very best contemporary coaches know.

Carlos Amaral, National Coaching Director, bought his new copies on a pen drive for £25 (for all three!!) and you can now do the same for the same price, including post and package and the pen drive. All proceeds will go to burgeoning Maidstone RHC, Please see our club shop for more details. 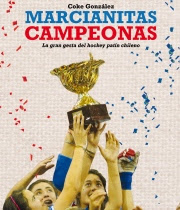 Book about the history of the 2006 FIRS Women's World Cup, hosted in Chile, where the local national team won for the first time of the country's history a collective title.
The book also talks about the history of roller hockey in Chile. Was presented in 3rd September of 2010.


If you know more books about Roller Hockey feel free to comment the article with them. Tweet
at 2:08 AM

Email ThisBlogThis!Share to TwitterShare to FacebookShare to Pinterest
Labels: roller hockey books, the best sport of the world